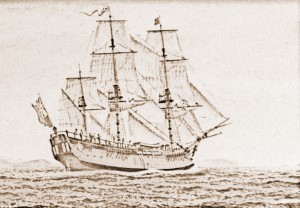 The History of Shipping in Australia . . .

Learn of the bravery of the Explorers – dating back centuries, the First Fleet, and the many ships that transported convicts, settlers, constabulary and supplies across the World at the mercy of wind, sail and sea – the challenges they faced as they built up their water highways and docking stations that would be become Australia’s first transport system.  And just as people conquered the challenges – the arrival of war would enable Governments to requisition their ships, and, crews  . . .

Traversing close on half way across the world, from North to South and back – propelled by, and at the mercy of, wind, sail and sea – experience some of the first voyages of discovery – the bravery of the Explorers, the First Fleet, and the many ships that transported convicts, settlers, constabulary and supplies across the world – and, how the design, propulsion and efficiency of ships evolved . . . 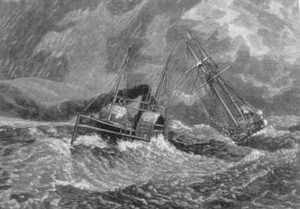 Penetrating the island continent of Australia was not for the faint-hearted.  The deserts, mountains, rivers, morass, weather and vast distances provided so many challenges for the Explorers and Pioneers of Australia.  The first mode of transport was by ship, or by foot.  Shipping was initially the quickest and most efficient form of transport until the railways evolved and arrived.  Discover the challenges that entering and taming rivers presented, and, the ever powerful forces of the ever changing ocean . . .

As war befell upon the world, ships were requisitioned by the government.  It is interesting to learn that a ‘Requisition for Title’ means that a government can take control of a ship and become its owner.  During World War 1 (WW1), the ‘Royal Australian Navy’ (RAN) requisitioned 22 ships – by the commencement of WW2 the fleet of the RAN dwindled to only 14 ships fit for active service.  Hence, many vessels were requisitioned by the Government for war service during WW2, and, by the end of the war in 1945, the total number of RAN ships had increased to whopping 679 vessels !!  During WW2, 38 ships were lost, of which 24 had been requisitioned.

Often referred to as the ‘Unsung Heroes of the Sea’, the ‘Merchant Navy’ refers to merchant ships and their crews, that were requisitioned to act as transports, hospital ships and cargo carriers.  The ‘Merchant Navy’ would be instructed to go anywhere, at anytime – without consultation.  Secrets of wartime challenge the statistics available, however, it is estimated that in WW2, some 386 Australian merchant seamen were killed (there are no records of those wounded, taken as prisoners, etc.) – and some 2,007 naval personnel lost.  It is alarming to learn of the huge losses incurred by non-trained ‘ordinary’ people requisitioned by governments to risk their lives and livelihoods – all in the name of ‘war’ . . .