Around mid 1843, one hundred to one hundred and fifty Aborigines were reported to have been shot by Angus McMillan and his men at Warrigal Creek in Gippsland. 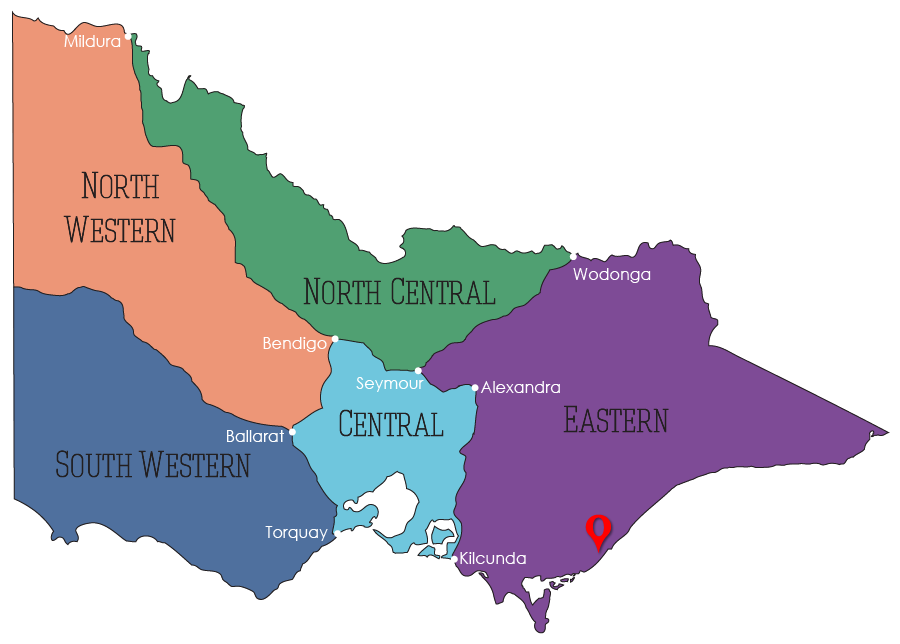 In July 1843 Ronald MacAlister, the nephew of Lachlan MacAlister, was killed by natives near Port Albert.

Angus McMillan had been previously employed by Lachlan MacAlister to search for pastoral land and to set out roadways through Gippsland.

Details as to why Ronald MacAlister was killed are sketchy.  The murder was possibly in retaliation to the many injustices against the local Aborigines by either himself, or, some of the men from his station.

Upon learning of the murder, George Robinson, the Protector of Aborigines, reported MacAlister’s death as an “unprovoked murder” of a white man.

He later reported that:

“Subsequently (when over the dividing range) I learnt by accident that some depraved white men had, in a fit of drunkenness, shot and killed some friendly natives.  Mr McAllister [sic] being the first European met after the perpetration of the revolting barbarity was in accordance with their usages murdered.”

In Robinson’s account he conceals / suppresses, what he must have known of the massacre which followed MacAlister’s murder when “every Scotchman who had a horse and gun gathered” and formed what became known as the ‘Highland Brigade’ – most probably with McMillan as the leader of this party.  He states not that the natives were killed, but of the “dispersal” of the natives.

An account of the massacre published in the Gap magazine in 1925 was contributed by William Hoddniott (born 1858 at Sunville; died in 1942 at Bairnsdale).  He ran the run next to Warrigal Creek.  He estimated that there approximately one hundred to one hundred and fitty Aborigines were killed in the massacre that day – possibly the largest single massacre on the Australian frontier . . .

“The brigade coming up to the blacks camped around the waterhole at Warrigal Creek surrounded them and fired into them, killing a great number, some escaped into the scrub, others jumped into the waterhole, and, as fast as they put their heads up for breath, they were shot until the water was red with blood . . . I knew two blacks, who, though wounded came out of that hole alive.  One was a boy at the time about 12 or 14 years old.  He was hit in the eye by a slug, captured by the whites, and made to lead the brigade from one camp to another.”