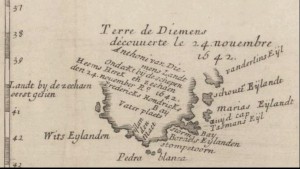 Van Diemen’s Land (now known as Tasmania) was originally proclaimed as ‘Terre de Diemens’ by Dutch explorer, Abel Tasman during his voyage of discovery back in 1642.  The name was in honour of his sponsor and the Governor-General of the Dutch East Indies at the time, Anthony van Diemen.

Over the next century, the original name became more commonly referred to Van Diemen’s Land.


It was not until the joint voyage of Matthew Flinders and George Bass who circumnavigated Tasmania in 1798 to 1799, that it was established that this region of Australia was, in fact, an island.

The first European settlement of Van Diemen’s Land was by the British at Risdon Cove in 1803, when a party, lead by Lieutenant John Bowen, was sent from Sydney to deter the French from claiming the island.  Bowen had chosen a location on the banks of the Derwent River upon the advice of explorer, George Bass.  Risdon Cove, located on the east bank of the Derwent River, was named after William Bellamy Risdon (the second officer of the ship ‘Duke of Clarence’), by John Hayes who had first mapped the river in 1794.  The location proved to be effective from an offensive point of view, however, the soil was poor and fresh water scarce.
Bowen was soon joined by Lieutenant Colonel David Collins in 1804, following the failure of his settlement attempt at Sullivan Bay (near Sorrento), Port Phillip Bay in 1803.  The lack of fresh water and good soils lead to the demise of the Sullivan Bay settlement.  It was from this settlement that William Buckley had escaped and subsequently lived with the Aborigines until he discovered John Batman’s encampment at Indented Head in mid 1835.

Collins soon realised that the Risdon Cove location was not suitable and relocated his party across the river, a few kilometres downstream, to a cove where fresh water was more plentiful.  Collins named the settlement “Sullivan’s Cove” after the Permanent Under Secretary of the Colonies at the time, John Sullivan.  This settlement later became known as Hobart Town or Hobarton and then Hobart as it is still known today – named after the British Colonial Secretary of the time, Lord Hobart. 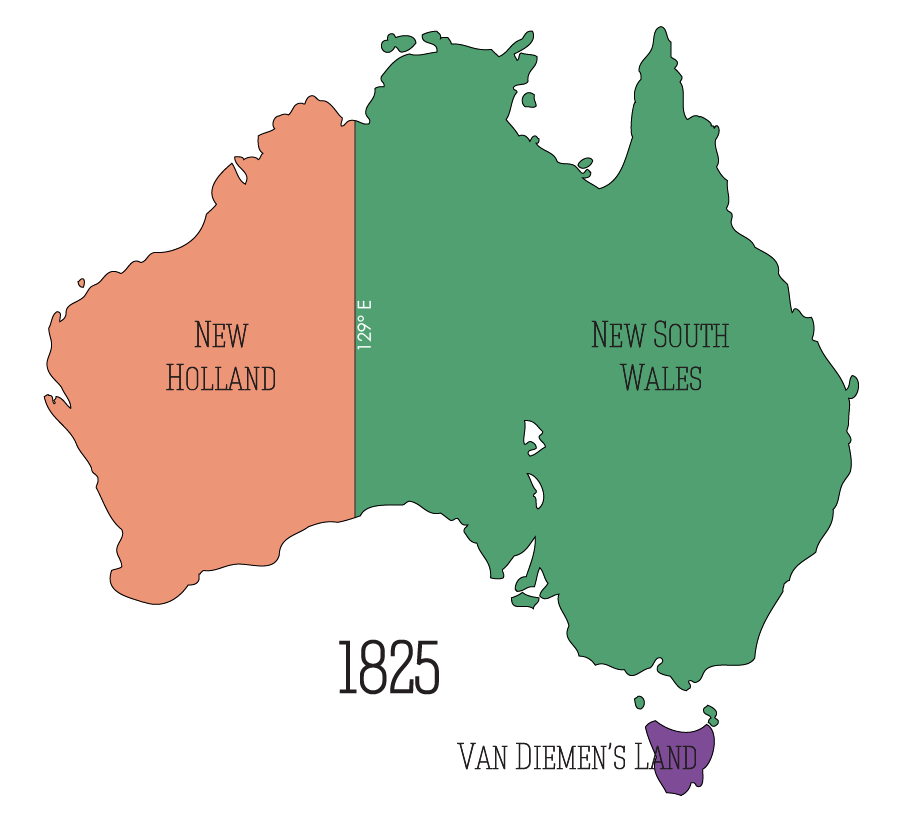 By 1824 the colonists of Van Diemen’s Land were eager to separate from the colony of New South Wales.  They petitioned the King to exercise the power vested in him by Section 44 of the New South Wales Act 1823 to grant their independence from New South Wales.

Order-in-Council separating Van Diemen’s Land from New South Wales, to effect the provisions of the above mentioned Act was passed on the 14th June 1825.  Despatch No. 17 dated 15th July 1825 brought the news of the successful separation to Van Diemen’s Land.  Though the original document of the Order-In-Council has not been located, a transcript from the Historical Records of Australia remains . . .