The screw steamer, SS ‘Bellbird’ was built by Mr George Fraser, at his farm on the banks of the Tambo River at Swan Reach.

The steamer was built from local timbers as described in the article below and as published in the Riverina Times on the 18th May 1906: 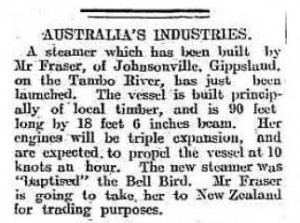 Mr Fraser sold his Johnsonville farm to Mr Augustine Clues around the turn of the century, and, whose descendants still own the farm today . . . 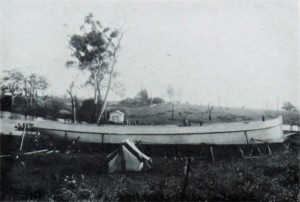