Born on the 11th November 1816 in Bodmin, Cornwall, England, Sir John Coode, KCMG (Knight Commander – Order of St Michael and St George – awarded in 1886) began his civil engineering career as a pupil under Mr James Meadows Rendel in Plymouth, England.  Upon completion with Mr Rendel c 1837, he was engaged for some 7 years on the Great Western and Euston-Exeter Railways.

Sir John Coode then moved to London c 1844 during which time he ran a consulting practice in Westminster.

In 1847, his former teacher, Mr James Meadows Rendel, appointed him the ‘Resident Engineer in Charge’ of the extensive ‘National Harbour Works’ at Portland located on the south coast of England – which is ranked the second largest man-made harbour in the world.  He was appointed Engineer-in-Chief of the works in 1856, upon the passing of Mr Rendel – a position he held until the harbour works were completed in 1872.

His work at Portland earned him the reputation of a leading authority in harbour construction, as well as a knighthood in 1872.

He was commissioned by many colonial governments of the time, to report on proposed harbour constructions, including Australia. 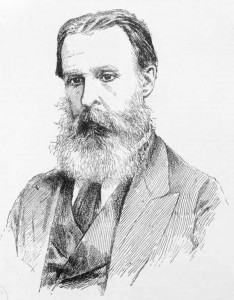 The following transcript of the opening and concluding paragraphs of the Obituary  dedicated to Sir John Coode, published in Volume 113 – Institution of Civil Engineers – Obituaries surmises his entry into the engineering field, and his passing in 1892:

“Sir John Coode, K.C.M.G., was descended from an old Cornish family, of which records extend back to the fifteenth century.  He was born at Bodmin on the 11th November, 1816, his father, Mr. Charles Coode, being a the time in practice in that town as a solicitor and proctor.  After being educated at the Bodmin Grammar School, he entered his father’s office with the intention of following the same profession.  From an early age, however, he had shown a strong liking for mechanical work and through the good offices of a relative, to whom his natural bent was know, he obtained an introduction to the late Mr. James Meadows Rendel, Past-President Inst. C.E., with the result that he abandoned law in favour of engineering and served the usual term of pupilage in Mr. Rendel’s office at Plymouth . . . “

” . . . While in Italy during the autumn of 1891 Sir John Coode was obliged to undergo a severe operation, his condition for some days being very critical.  After some weeks, during which he made steady progress towards recovery, he was able to return to England early in November, and it was believed that a few months of complete rest would enable him to resume work.  Other unfavourable symptoms, however, developed, and he died at Brighton on the 2nd of March, 1892.”

His first visit to Australia entailed:

” . . . In 1878 Sir John Coode, acting for the Melbourne Harbour Trust Commissioners, made a personal inspection of Port Phillip and the River Parra and designed extensive improvements for the Port of Melbourne.  The works recommended consisted mainly of the rectification, widening and deepening of the river, in order that the largest class of vessels might eventually be enabled to reach the City, where docks and wharves were to be provided.  The provision of relief in time of flood was closely connected with the harbour question and on this point great difference of opinion existed in the Colony, several prominent local authorities being in favour of a new direct canal from the river at Melbourne to Hobson’s Bay.  The chief arguments in favour of this scheme were that it would give greater relief in times of flood and shorten the distance from the City to the Bay.  Sir John Coode, however, insisted strongly on the improvement of the existing channel and river mouth, as the only way of retaining the advantage derived from the upland and tidal waters of the Yarra and of an effluent which enters it at a point some miles below the City.  His arguments were sufficient to convince the Commissioners and shortly after his Report was handed in they adopted his recommendations, the most important of which have since been carried out.

As a compliment to Sir John, the island, formed by a new cut recommended by him to eliminate an exceptionally tortuous bend in the old river channel, was officially named “Coode” Island.

At the request of the Government of Victoria he reported on harbours at Portland and Warrnambool, river improvements at Belfast, the opening of a new sea entrance to the Gippsland Lakes, the entrance channel to Geelong Harbour and other minor projects.  In nearly every case his recommendations have been carried out with successful results . . .”

He visited Australia again in 1885:

” . . . A second journey to Australia and the East was made by Sir John Coode in 1885. It originated in a proposal of the Government of Western Australia that he should inspect the roadstead at Fremantle and advise as to the construction of a harbour for the largest class of mail steamers.  Before leaving England he was asked by the Admiralty to visit Trincomalie and Singapore and to select the best site at each place for the provision of a graving dock for the largest class of ships of the Royal Navy.  A similar request from the Government of India with regard to Bombay resulted in his inspecting these three ports on his way to Fremantle.  He also reported on one or two minor harbour questions in Western Australia, and was subsequently engaged by each of the other Australian colonies in succession.  For the South Australian Government he devised a scheme for an outer harbour near the mouth of the Port Adelaide River.  For the Victorian Government and the Melbourne Harbour Trust he inspected the progress made with the several works on which he had advised at the time of his former visit.  For the New South Wales Government he inspected the Richmond, Clarence, Bellinger, Nambucca, Macleay and Shoalhaven Rivers; the harbours of Port Nacquarie, Wollongong and Kiallza; the entrance to Lake Macquarie, and the wharfage in Darling Harbour, Sydney.  For most of these ports he subsequently submitted designs.  Finally, for the Queensland Government he inspected and afterwards designed works for improvements at Rockhampton, Mackay, Townsville, and the bar of the Norman River.

His power of grasping local conditions was very marked, but he would never commit himself to definite opinion on any scheme until he had before him technical data which could be guaranteed as absolutely correct.  For this reason his reports were, as a rule, not made until the surveys and data for which he framed detailed instructions were sent home for consideration.  Shortly after his return he was created a Knight Commander of the Order of St. Michael and St. George . . .”

Sir John Coode’s career and achievements were exceptional and well documented.  Public record of his private life, however, are somewhat elusive.  He married Jane Dod Coode (nee Price) and appears to have fathered four children:  Clara Penrose b. 1852, Fanny Jane, Athelston b. 1858 and John [?] . . .  His wife, Jane Coode, was born on the 29th April 1816, in Weston-super-Mare, England, UK.

His extensive repertoire of achievements justify the claim that he was probably the most distinguished harbour engineer of the entire nineteenth century . . .