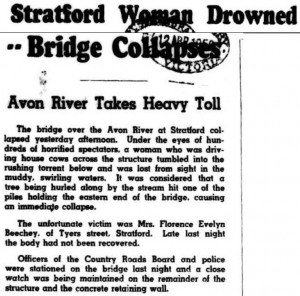 The frequent flooding of the Avon River at Stratford in Victoria has reeked havoc on the bridges suspending it.  Being reported as being the fastest river to flood and drain in the entire southern hemisphere, it is hard to believe that the gently flowing stream of clear, tranquil waters has claimed the life of so many a bridge.

A new wooden bridge was subsequently constructed sometime after 1873.  Being battered by floods over numerous decades took its toll.  A wander along McMillan Street towards Merrick Street reveals a plaque which commemorates the drowning of a local woman, Florence Evelyn Beechey, at just 32 years of age . . .  It overlooks the site of where the vulnerable wooden bridge washed away from under her during the flood event of the 5th April 1950.  She was survived by her husband and five children.

It took another 15 years before the bridge was replaced by the current road bridge, located further downstream towards the rail bridge.  Completed in 1965, it has successfully stood the test of time . . .

The costs of maintaining passage across the Avon River reeked havoc on the shire as is best depicted in the photos, and, as described in the following newspaper extracts: 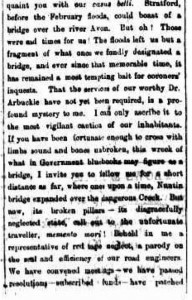 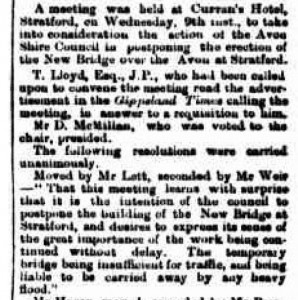 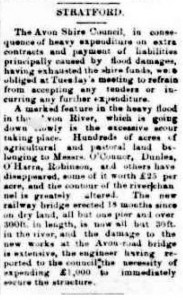 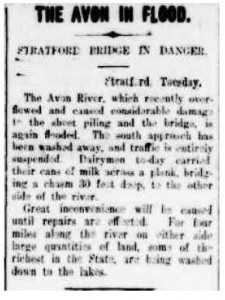 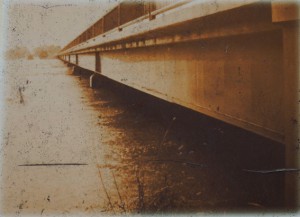 – Car Parking available along McMillan Street and in Apex Park