It is believed that ‘Avondale Farm’ was the first farm run and owned by Frederick Willey; who arrived with his wife (Eliza) and children (Elizabeth, Robert and Mary Anne) on the ship ‘Hope’ on the 21st July 1849. 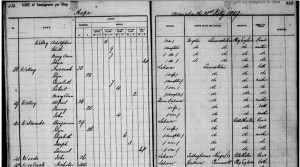 ‘Avondale Farm’ (as described in the Probate of Frederick Willey in 1900), aka ‘Willey’s Pub’, was located on the corner of Church and Portarlington Roads, East Bellarine – as it was known at the time.  East Bellarine grew into a tiny village – though no evidence remains today . . .  As one of the founding pioneers of the Bellarine Peninsula, it would seem that Frederick Willey farmed the East Bellarine from the time of his arrival in 1849 until his retirement in 1874.

An excerpt of the Department of Agriculture, Victoria, Volume 9 reads:

“Onion growing was, however, established earlier than the season mentioned.  In 1854, the late Mr. Fred. Willey planted the first acre of onions grown in Victoria, at Bellarine East, near Portarlington.  Part of the produce was sold in 1855 by his son, Mr. R. Willey, in Johnston’s Auction Rooms, Geelong, and realized 12s. 6d. per ton.  In the following year, Mssrs. S. Hibbert, J. Walker, and A. Willey also started onion-growing; and from this first acre at Bellarine, the onion industry has gradually spread . . . “

‘Avondale Farm’ is believed to have housed the ‘Farmer’s Arms Hotel’ alias ‘Willeys Pub’ and the ‘Cobb & Co Depot’ – it was the main meeting place for the community during those early pioneering days . . . 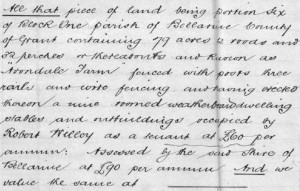 The building that you see today replaces the original, which sadly was destroyed by fire in the late 1800’s to early 1900’s.

Frederick Willey and his wife Eliza, moved to their retirement Villa, ‘Laura Villa‘, located in Drysdale Street, Portarlington in 1874.  The main building ‘Laura Villa’, has thus far survived the ravages of time, though unsympathetic subdivision and the removal of the original kitchen and outbuildings have significantly changed the property as a whole.  Frederick Willey’s son, Robert, tenanted ‘Avondale Farm’ from this his father’s passing until his own.

East Bellarine was once a thriving little village.  From the 1850’s, the township grew housing its own:  Post Office, Bakery, Blacksmith, School (No. 231), ‘Willey’s Pub‘, Cobb & Co. Station, Church and community.

The only evidence of the township that remains today, is the rebuilt ‘Avondale Farm’.  As the property is currently a private home, it can only be viewed from the roadside . . .