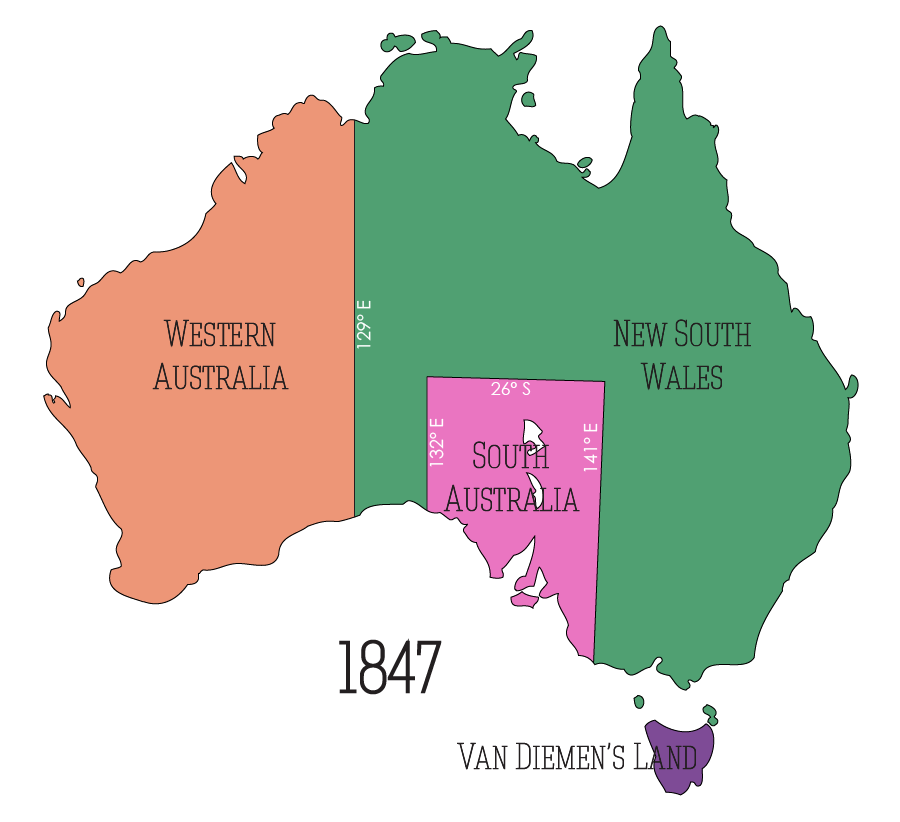 Queen Victoria revoked the Letters Patent for the establishment of the colony of ‘North Australia’ on the 28th December 1847.

The colony of North Australia had been established in the hope of relieving Van Diemen’s Land of the strain on its resources and the many problems that ensued.  The following extract of article demonstrates some of the hardships endured by those sent to evaluate the proposed colonies:

” . . . A CORRESPONDENT of the Sydney Morning Herald has furnished the following particulars of the attempt to colonise North Australia.  We do not recollect a more infatuated undertaking, and has proved a complete failure :

Although I have at present no means of forwarding this communication, yet I have thought it advisable to prepare a short statement of our doings since our departure from Port Jackson in the Lord Auckland, on the 8th of January last, promising to continue my narrative when any opportunity shall offer of sending it off.  We have many of us friends in Sydney who are, no doubt, anxious to hear of us, and there is no way by which we can more universally communicate with them than through the medium of your extensive publication.

They will be sorry to learn that our advent here has been a most inauspicious one-misfortune having followed upon misfortune – hardship upon hardship.  Our passage down was most uncomfortable ;- the sea water during the greater part of the way claiming and exercising a right of common in our cabins, by which we were rendered very uncomfortable.  The ship was sadly in want of caulking in her upper works.  Our next misfortune was of a more serious character.  After being eighteen days on the passage, and having our destined haven in view, the ship grounded, on the afternoon of the 25th January, abreast of Facing Island, being one of the two Islands which extend from the entrance of Port Curtis to the entrance of Keppel Bay, about five miles from land ; and notwithstanding the most incessant exertions night and day for four days, on the part of every one who could be of any assistance, it was found impossible to get her into deep water.  We succeeded frequently in getting her afloat, but she was scarcely off one bank when she grounded on another, and continued to strike the ground so violently that I expected every minute to see the masts overboard ; had she not been a remarkably strong ship, she must have gone to pieces.  She was making much water, there being, notwithstanding continual pumping, five feet of water in her hold.  She sustained so much damage that it is doubtful if she can go back to Sydney without extensive repairs ; but until her cargo is discharged the extent of the damage cannot be ascertained.  Large patches of the sheathing were every now and then tearing off her bottom.  Great fears were entertained that the vessel would become a total wreck ; so much so, that the captain had all his things packed up in readiness to be sent ashore on a moment’s notice . . . “

It was on the 16th January 1849, that the colony of ‘North Australia’ was formally abolished.