It was not until January 1788 that the claim was officially sealed with the rising of the British flag at Sydney Cove, on the 26th January 1788 (since celebrated as Australia Day), by the first Governor of New South Wales, Arthur Phillip under his appointment as:

For 18 years from whence Lt James Cook proclaimed the colony New South Wales, the British claim remained theoretical until Arthur Phillip and the First Fleet arrived on the eastern shores of the new colony to establish a convict settlement.  It was at this time that the southern boundary moved southward from Latitude 38° S to 43°39′ S and westward from 135° E to 133° E.  The new colony extended to include the entire north island and two-thirds of the south island of New Zealand  – the southern third of the South Island was no included at this stage as it was below the Latitude of 43°39′ S.

The First Fleet consisting of eleven schooners carrying over one thousand settlers, including 778 convicts (192 women and 586 men) arrived at Botany Bay on January 18th 1788.  Phillip found the site unsuitable to accommodate the size of his settlement and hence set off in search of more suitable location. Whilst on tour to examine Broken Bay, he reconnoitred the area we now know as Port Jackson (named after Sir George Jackson, one of the Secretaries of the Admiralty), and immediately decided to move the settlement there.  Featuring a fresh water supply and a safe harbour, Phillip famously described the location as:

” . . . being with out exception the finest Harbour in the World … Here a Thousand Sail of the Line may ride in the most perfect Security . . . “

Phillip named the location “Sydney Cove” (in honour of the then Secretary of State, Lord Sydney). 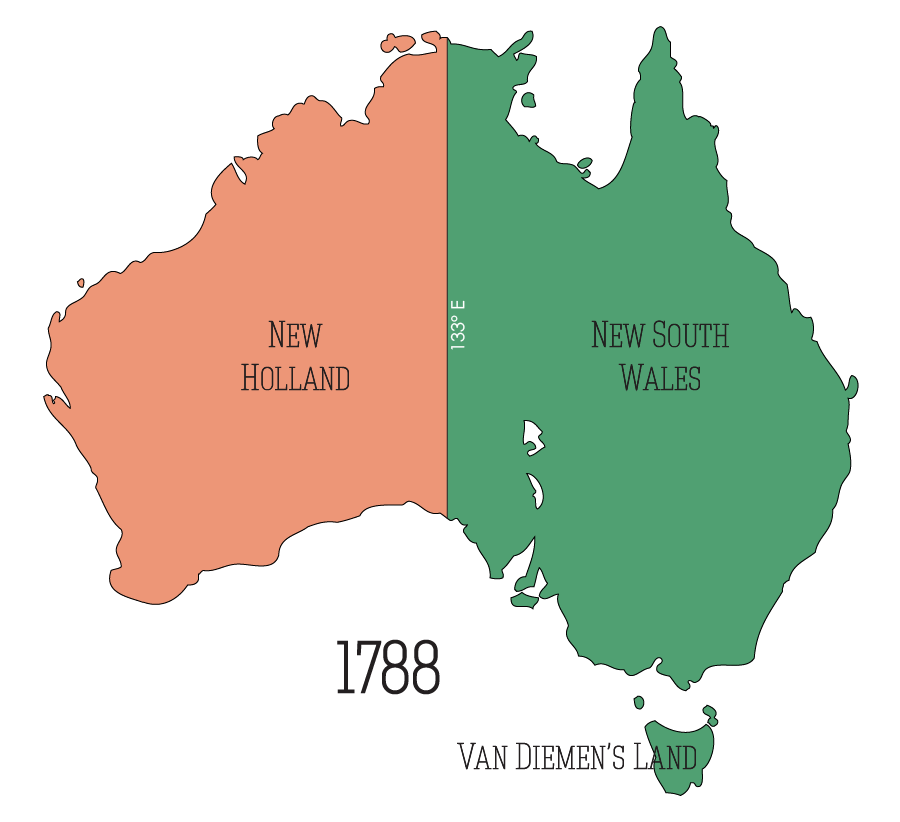 Governor Phillip was vested with complete authority over the inhabitants of the colony.  The new colony struggled to survive as attempts at agriculture failed, more ships kept arriving with convicts too sick to work, and, with few skills with which to establish a colony.  The food situation reached crisis point in 1790.  The Second Fleet which arrived in June 1790 had lost a quarter of its ‘passengers’ through sickness.  The conditions that the ‘passengers’ of the Third Fleet endured, appalled Governor Phillip.

Governor Phillip sent exploratory teams to search for better soils.  The Parramatta region was allocated for the expansion and many of the convicts were moved there from late 1788 to establish a township.  It was to become the main centre of the colony’s economic structure, whilst Sydney Cove focused on social endeavours and as an important port.  For the next 25 years the history of New South Wales ran parallel with the history of Australia, as it was not until 1803 that settlements were attempted by Collins at Sullivan Bay (near Sorrento, Port Phillip Bay) and at Hobart and Launceston in Van Diemen’s Land (Tasmania).  Even these were still dependent on on New South Wales at the time . . .

View other important information on The Evolution of Australia (formally New Holland) . . .